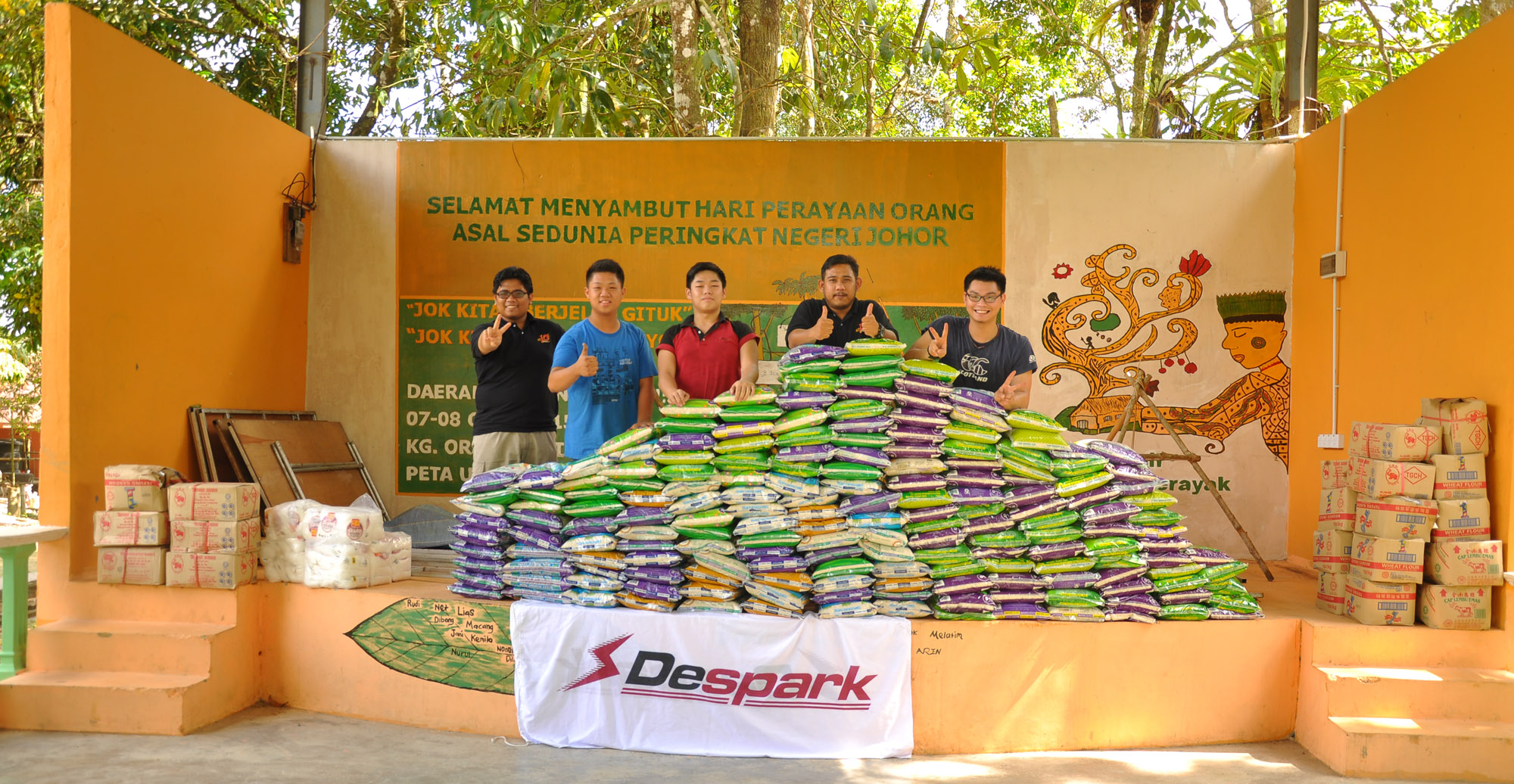 This is an event created on collaboration between Despark college and 3R Quest company. The main objective of this event is to give aid for citizens of Kampung Peta during this flooding season. Usually Kampung Peta will be surrounded by water during rainy season. This activity was carried out in order to help the citizens on food supply as the main problem they faced during flooding season is the main road was closed due to flood.

This activity was conducted by Mr Hau Lee which he quite familiar with the road and the situation of the Kampung Peta. For today, we went to Segi Fresh Sungai Buloh to buy some food supply like rice, oil, flour and sugar. We bought each of the item for 90 units since it’s been told by Mr Hau Lee that they have like 90 family in Kampung Peta. Two unit of Toyota Hilux was used to place the food supply after we bought from the supermarket. One is come from our college and the other one is come from 3R Quest that drives by Mr Jerome. Before we go back, we had a little discussion about tomorrow trip and agreed to meet at Shells petrol station near to Sg Besi toll booth 8 am in the morning.

Early in the morning, around 7 o’clock we already set up the car and move from Despark headquarters, Petaling Jaya. Three students from Student representative council was joined the trip. We plan on teaching the Kampung Peta citizens a basic automotive engineering. This may help them on take care of their own car and in same way to put some interest on their heart on learning automotive engineering. We meet Mr. Hau Lee at Shell petrol station around 8 o’clock. Another new member was joined us on the trip which is Wai Ping. We take Utara-Selatan highway and exit at Ayer hitam, Johor.

The journey from Petaling Jaya to Ayer Hitam is around three hour but to reach Kampung Peta took extra four more hours. We took Felda road first before we gone through a route that been only main connection between Kampung Peta and big city. We arrive at Kampung Peta around 2pm.

We meet up the chief of Kampung Peta to announce them our coming. Chief seem very happy when see us and he also seen quite friendly. After that, we go to Assembly hall and start to unload the food supply so that the citizen can divide it fair and square. We also help out with the unloading event. After finish the unloading, Mr Hau Lee show us around Kampung Peta.

We are quite shock, seem that Kampung Peta was complete with basic infrastructure like school, clinic, and police station. Since this place also not far from Taman Negara Endau Rompin, no wonder we can see the improvement of Kampung Peta was moving even though it’s little bit slow. In the evening, Mr Hau Lee brought us to the Pacau. Pacau is the name of the place which I can assume as unsung paradise. The view may strike down your heart and made you forget the entire stress thing that you gain in the city. In the night, we start our program on teaching Kampung Peta citizen the basic maintenance of car. They grate us that night for teaching them knowledge in automotive thing which can help them in the future.